Hi, My Name is Hagit Lev

I understand what you are going through and
I am here to guide and to provide you with professional assistance until you achieve the desired outcome for you.

A will is a very professional tool that allows a person to maintain control over his property even after he passes on. Indeed, “regular” wills include simple instructions regarding the transfer of property to whomever the testator indicates in his will, but in many cases – if the testator had looked for other options – he would have included control mechanisms and execution options that would better serve his true desires. There is practically no situation in which the inheritance laws are preferable to a will. 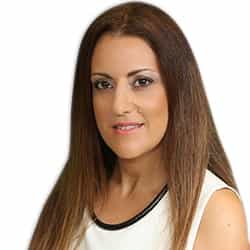 If we take for example a regular family that has parents and children, it is almost always preferable that the surviving spouse have control over the property, rather than the descendants inheriting before the passing of both parents. On the other hand, it is very important to guarantee the shares of the descendants following the passing of the surviving parent and to prevent situations in which the surviving parent does not care for the assets properly and thereby prevents the children from inheriting.

Israeli inheritance law recognizes 4 types of wills: oral, handwritten, witnessed and submitted to an authority. The most common type of will is the witnessed will, which can be handwritten by someone else, or can be printed, as long as the testator signs it in the presence of two witnesses who confirm his signature with their signatures in the body of the will, with the addition of the date. A will can even be handwritten by the testator, but it must be written completely in the testator’s handwriting and must be dated and signed, even without the presence of witnesses. A will in front of an authority is usually known as a notarized will. This is a will that is transmitted orally to a notary, who writes down the testator’s instructions. The testator’s signature is not required on this type of will, and it is usually employed when the testator is incapable of signing for any reason. The least common form of will is the oral will, and it is prepared when a person is facing a life-threatening risk, such as a dangerous operation or situation, when there is an objective and subjective fear for the testator’s life.

A will can contain many mechanisms that can adequately convey the desires of the testator, and especially his wishes after his death. Below are a few examples of mechanisms that can be included in a will.
An heir instead of an heir – this instruction states who will inherit from the testator if the beneficiary indicated in the will passes on before the testator or is disqualified from inheriting due to conditions set down by the testator in his will, such as not being married, living in a foreign country, etc.

Heir after heir – a testator can include an instruction in his will regarding the heir to his estate after the beneficiary passes on. In other words, the testator can bequeath his estate to a person and ensure that after that person’s death, the remainder of that estate will be bequeathed to another heir.

Conditional inheritance – rejection of an heir. An heir’s right to inherit can similarly be made conditional and can be rescinded. The inclusion of such an instruction prevents an heir from inheriting unless he first meets the conditions stated by the testator in the will. There big advantage in this type of condition for heirs who have creditors.

Other conditions in a will include control and supervision instructions, guaranteeing the inheritance to a disabled descendant, the establishment of trusts and the inclusion of mechanisms that significantly reduce the ability of the beneficiary to object to the execution of the will.

It is very important to prepare a will under conditions that guarantee its execution. This means that if the testator has a medical condition that could bring into question the validity of the will, preventive measure should be taken. These can include the videotaping of the will, or the accompanying of the will by a medical opinion concurrent with the preparation of the will, and the inclusion of specific wording by the testator.